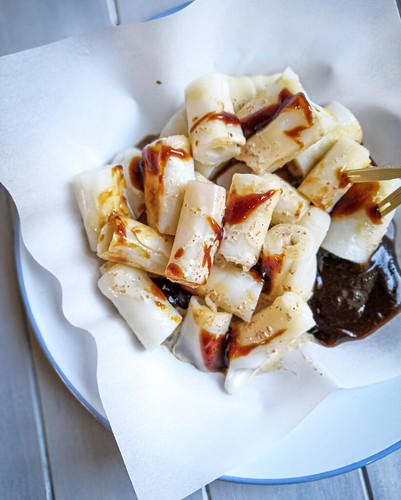 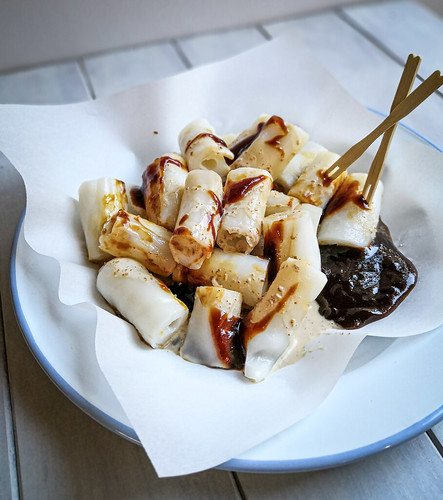 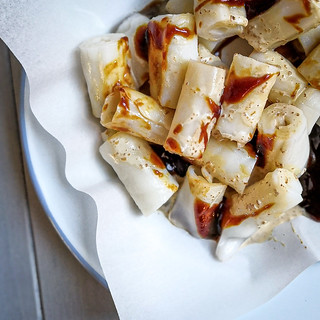 Other than rice congee, the second item of food we always get after our flight back into Hong Kong, is rice noodles. Be it rice noodles rolls, simply served with a trio of sauces and sprinkling of sesame seeds (豬腸粉) or the steamed rice rolls at yum char with fillings such as prawns, beef mince/coriander/water chestnuts or char siu Chinese Bbq pork (蒸腸粉) . Both are made with a rice flour batter, creating thin sheets of noodles that are slightly elastic and bouncy.

Both are J’s favourite and I have promised her to write this recipe up for a while. It only took a week-long hospital stay for me to find the time to do so. Over the recent long weekend, we got to test it a few more times to make sure the quantities in the recipe are right. These reheat well and tastes just like the ones we have in Hong Kong!

Be sure to first figure out your steaming station and consider whether the size of the steaming dish will fit your steamer. Here’s a not so glamorous photo of my set up: 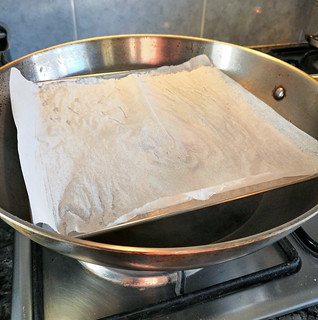 Edit: I’ve also subsequently realised that all you need is a well-oiled tray. So lately I have ditched the baking paper lining when making these. 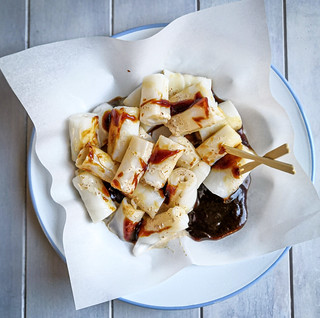 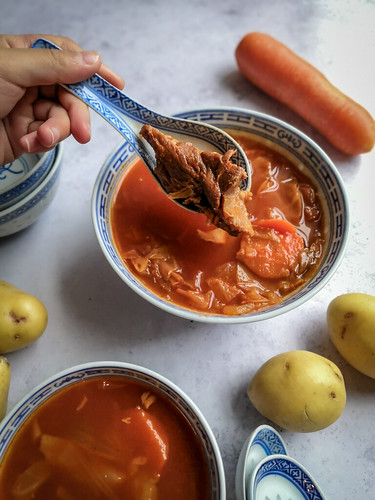 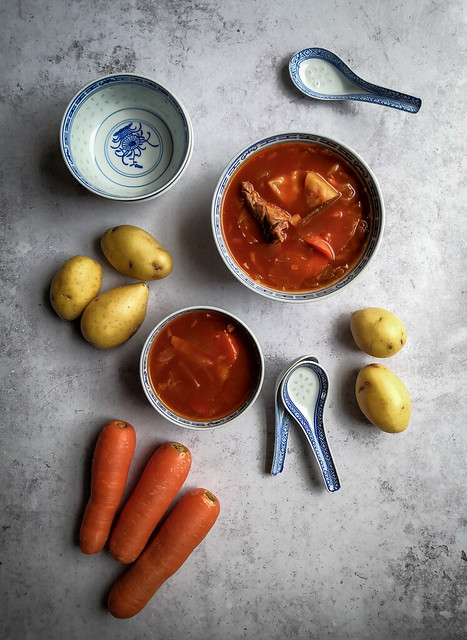 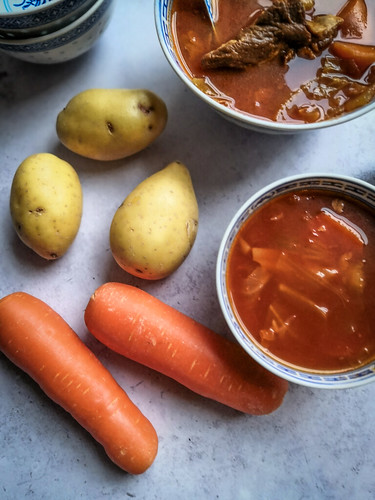 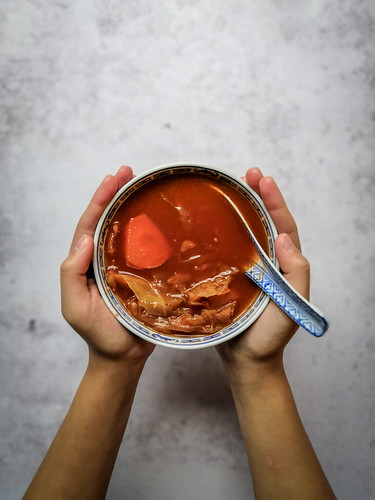 The other night the topic of food trends came up at home. S and I talked about the food we had in our teenage years and shared with J, our fond memories of Hong Kong restaurants that were born out of the then-growing western influence in the 1980s. Their menus typically include pasta, pizza and grilled meats. Often, there will be set menus (which is still a very common thing to have on all restaurant menus) that goes typically like this:

2) main of grilled meats (chicken thigh, pork chops and beef rump, or a mixture) with choice of pasta, potatoes/vegetables or rice. You also get to choose between a black peppercorn, belchamel or tomato sauce.

3) coffee or tea, and of course the “combination” drink yin yeung.

Sometimes you also get for dessert a small bowl of jelly or ice cream served in a tiny aluminium bowl.

This became in my mind, the iconic western meals in the 1980s to 1990s for the previous British colony. A step up from the cha chaan teng, which serves the more basic Hong Kong fare, like macaroni soup, pineapple buns and “stocking” milk tea.

For 99% of the time I will choose the borscht soup, which is an adapted version of the Russian Ukrainian tomato soup. It doesn’t normally have beets, and can have a variety of stable vegetables from any Hong Kong vege market. It’s the most popular soup in my childhood days, and is now J’s favourite soup.

My mum makes this with oxtail or beef shin. I’ve been able to source end-cuts of parma or prosciutto and prefers that now for the depth in flavour it adds to the soup (one time I didn’t use prosciutto and S and J both asked me about the lack of flavour. Seriously!) You can also use bacon or ham bones too.

This soup tastes better when cooked for longer. Cook on the stove for a few hours, in a crock pot, Instant Pot or a thermos, it will all work! 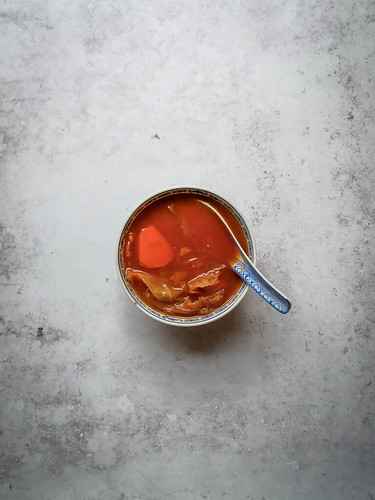 Have a look by Category

A blog about my kitchen adventures, photography, family and experiences

Hiya welcome to my blog! This is where I indulge my mind in food and explore the endless possibilities of match-making delicious ingredients. Feel free to drop me a line and say hi!

THIS ENTIRE SITE Ⓒ 2020 HOPES DREAMS ASPIRATIONS; ALL OF THE PHOTOGRAPHS HEREIN, UNLESS OTHERWISE NOTED, ARE COPYRIGHTED BY THE PHOTOGRAPHER. NO PART OF THIS SITE, OR ANY OF THE CONTENT CONTAINED HEREIN, MAY BE USED OR REPRODUCED IN ANY MANNER WHATSOEVER WITHOUT EXPRESS PERMISSION OF THE COPYRIGHT HOLDER(S).