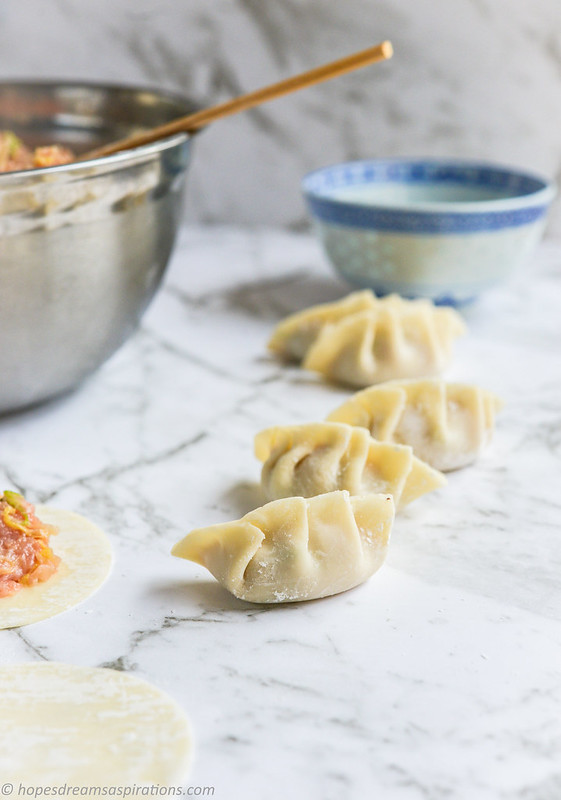 I have fond memories of a little J enjoying her first dumpling. She looked so surprised when she found tasty soup inside the thin wrappers and she cutely asked for more. It’s so pleasing to see this kiwi-born kid enjoying Asian cuisine as much as good o’ fish and chips.

Her favourite dumplings are pork and chinese cabbage filled. They require an extra step than their Pork and Chives cousin (check out that post and see how sweet J looks when she was a little younger).

Here, the Wong Bok (Chinese Cabbage) needs to be sliced, salted to draw moisture out. I let the cabbage sit in a sieve over a large bowl and squeeze as much water out of them as I can. It will look like there is a huge amount of cabbage, don’t worry, it does reduce drastically in volume after salting and a whole cabbage can indeed go into making 120 dumplings.

They are the perfect partner to beautiful pork mince, as their flavour is more neutral than chives, providing a clean tasting match. You also won’t feel the need to brush your teeth and gargle with mouthwash three times after eating them.

J and I enjoy this time together, wrapping the little parcels. Below are photos with her showing you how the pleating is done (scroll to the bottom for the recipe itself) or watch my viral-ish dumpling making reel.

They are perfect for freezing (on a tray, dusted with a bit of flour); boiling, steaming and pan frying. I have included two cooking methods in the recipe below. Now, time to roll up your sleeves and get ready to wrap! 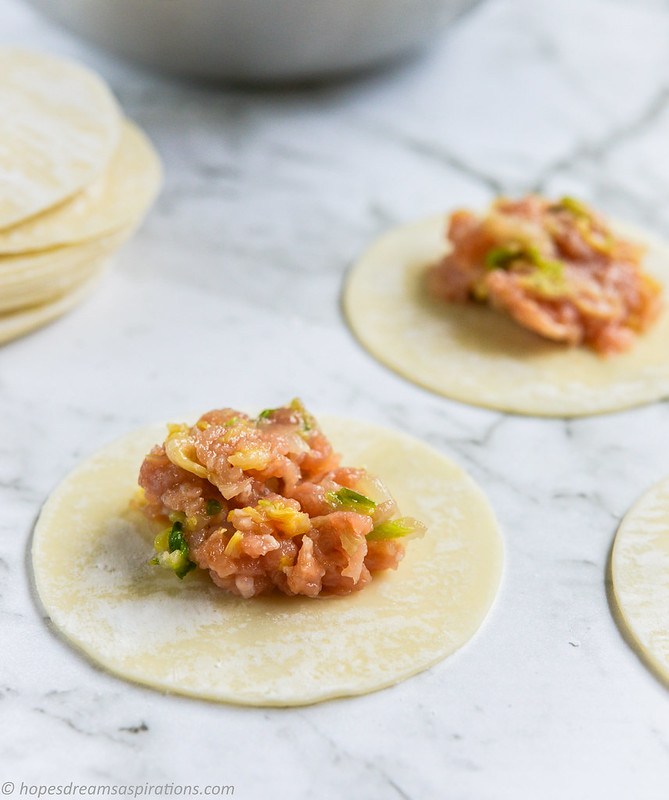 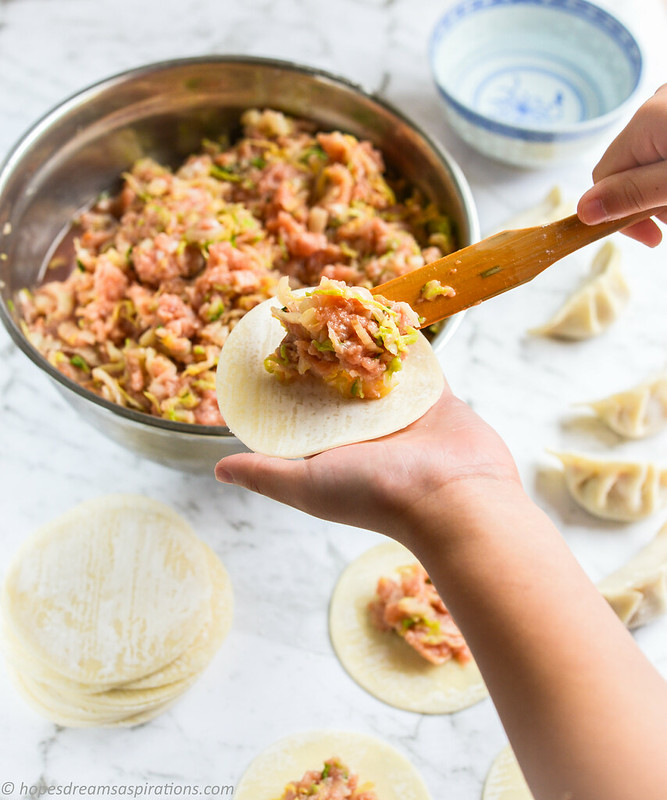 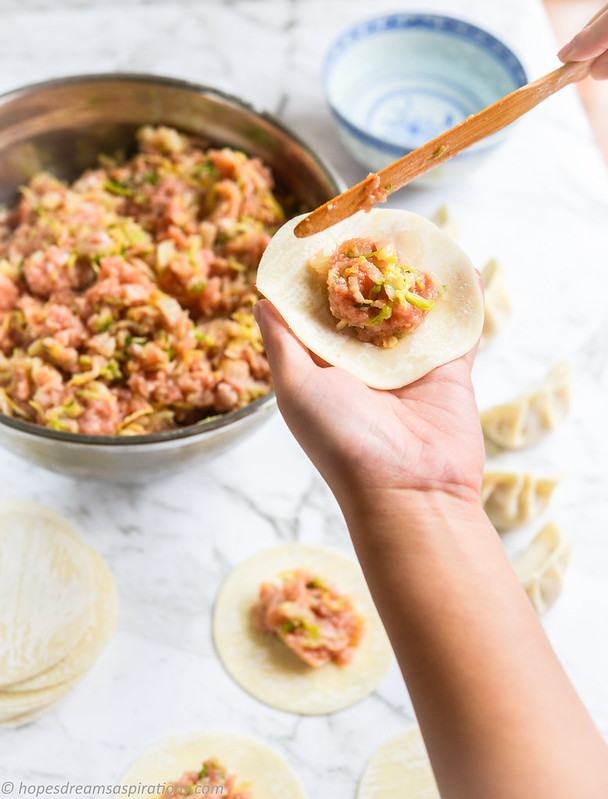 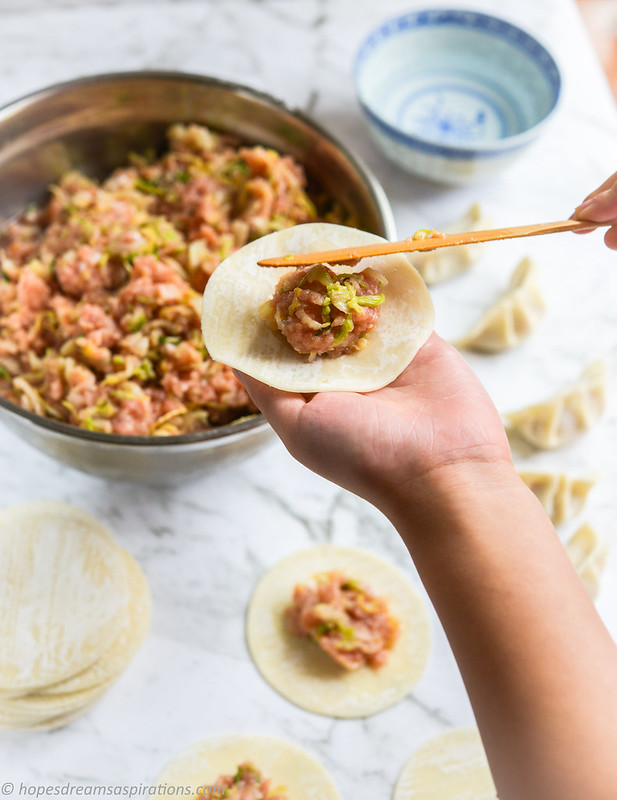 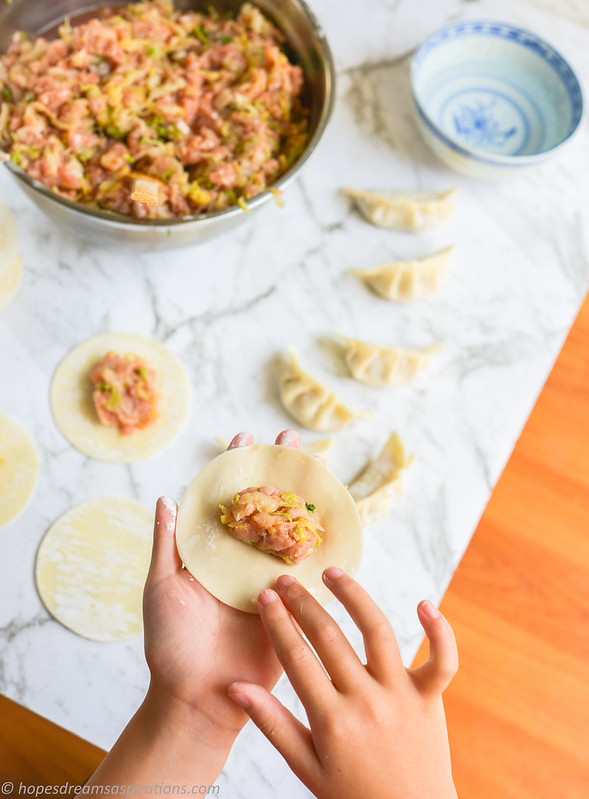 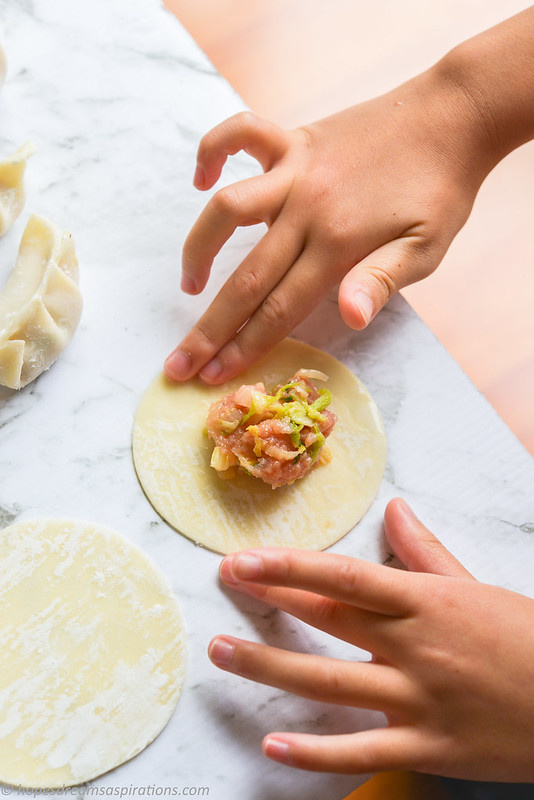 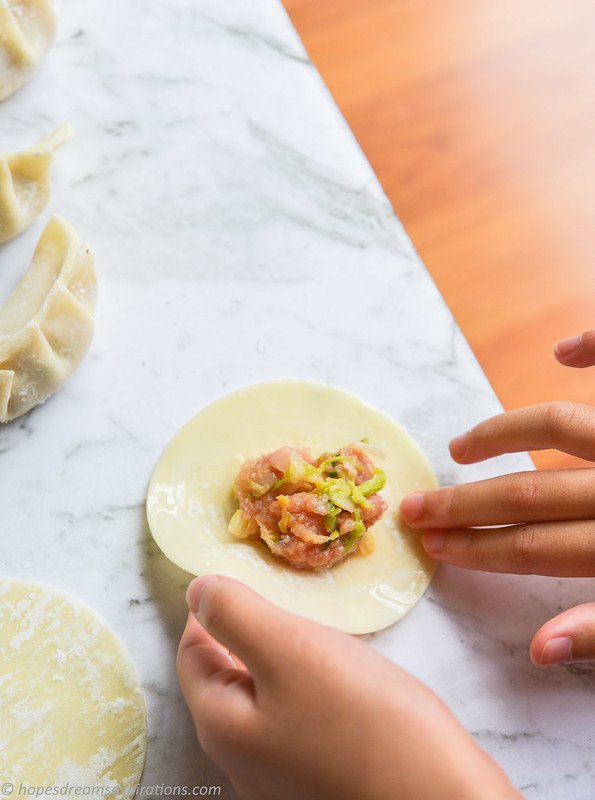 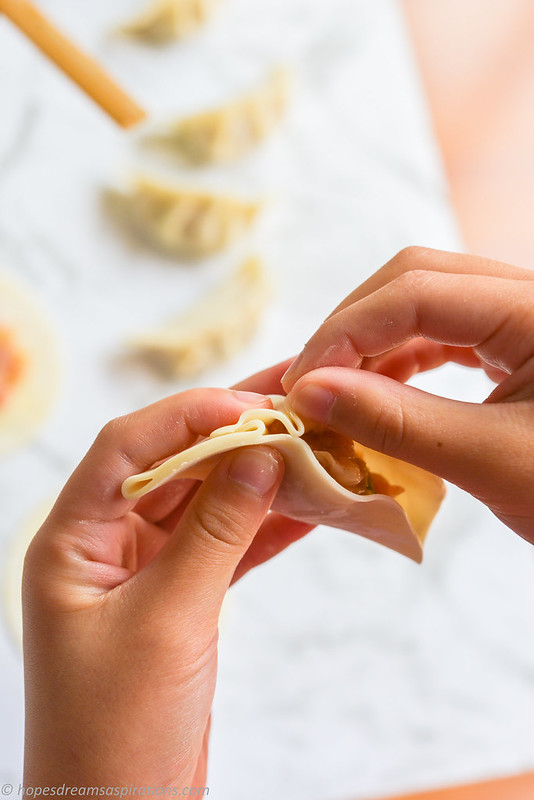 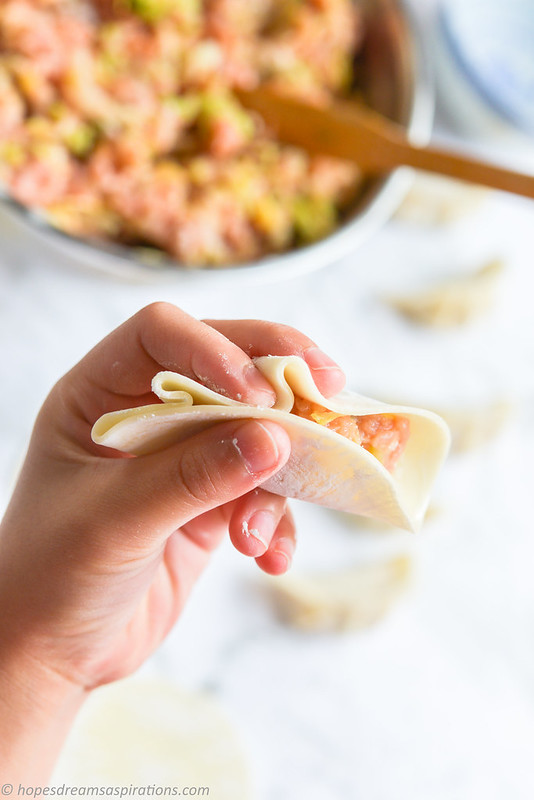 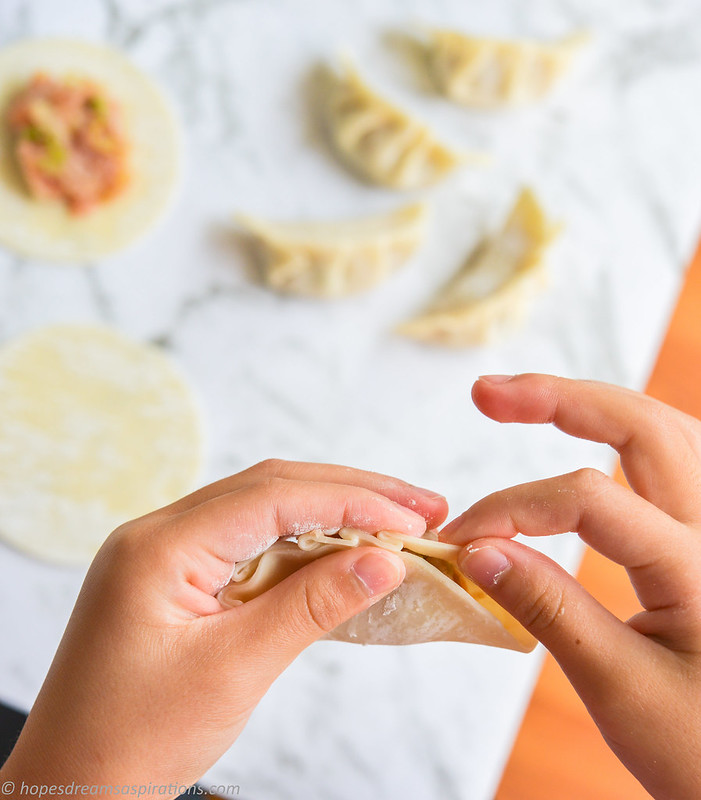 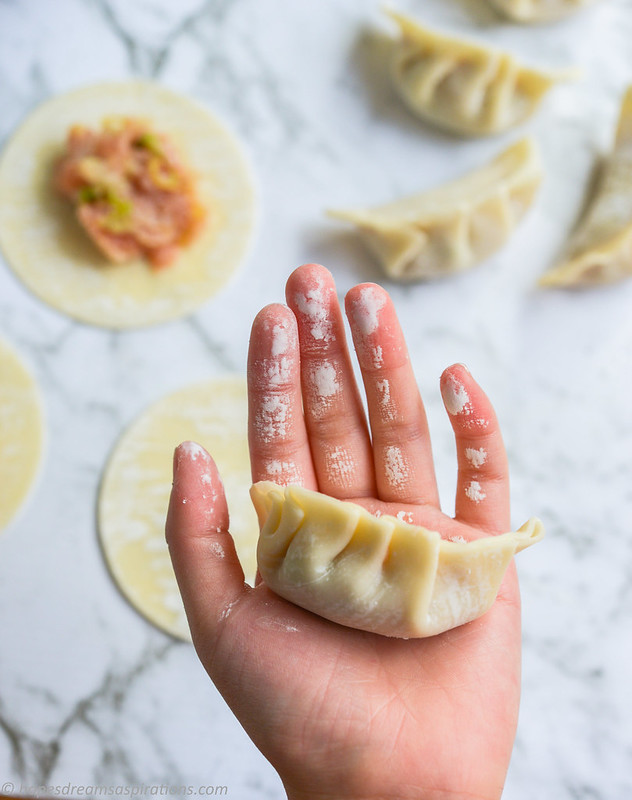 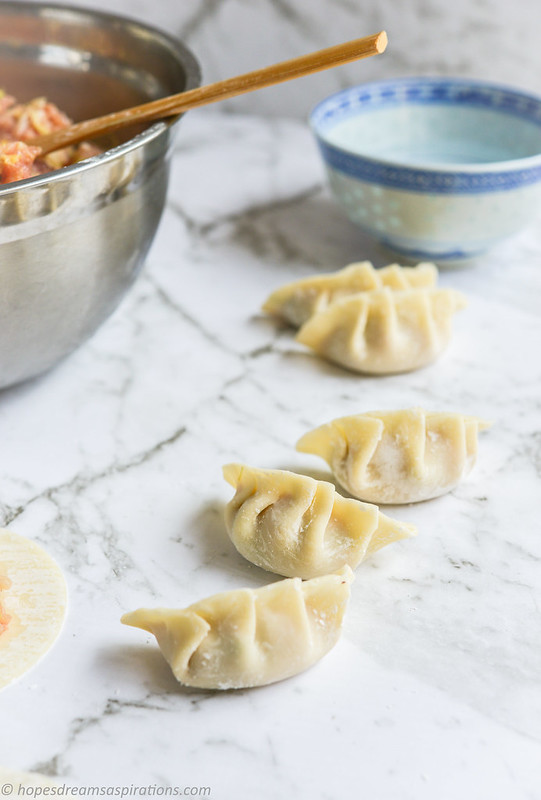 The Wong Bok was kindly gifted by The Fresh Grower. Thank you!