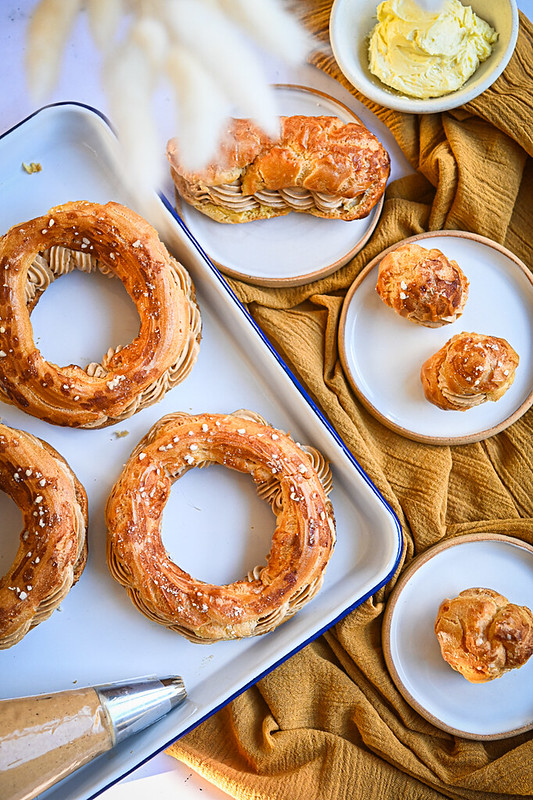 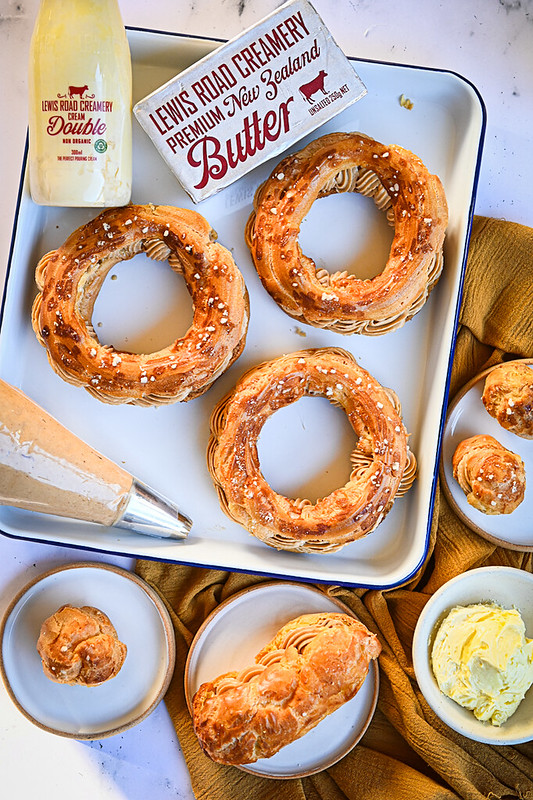 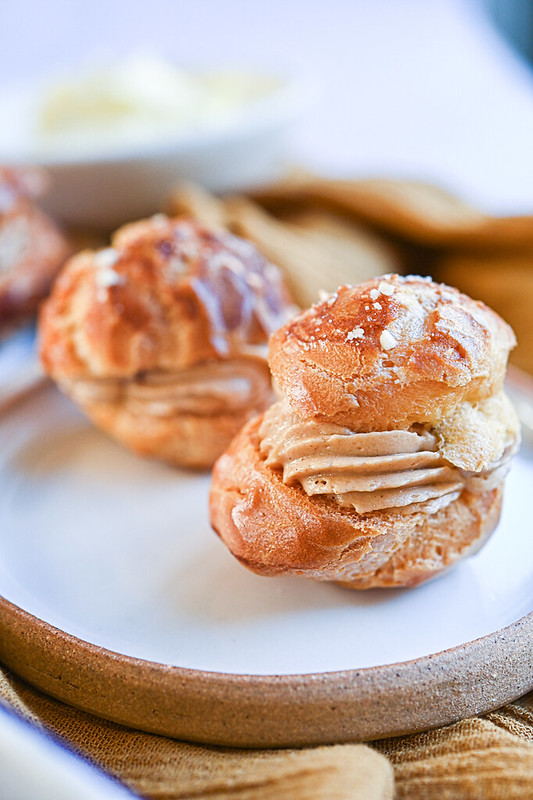 What do you get when you level up on choux puff pastry?

We had a eureka moment when the three of us taste-tested this Paris Brest recipe – perfect pastry with crunch, filled with a velvety smooth hazelnut mousseline made with creme patissiere, hazelnut paste, icing sugar and a whipped butter (which is so light!)

Sorry whipped cream, you are now considered too ordinary.

This mousselline is piped into the open rings, and its consistency meant it has a full body for the lid to sit on top of. Yet, it’s not dense or oily, just light and the best mouth feel. I’m officially obsessed and definitely going to make more puffs just so that I can fill them with this deliciously thick mousselline. 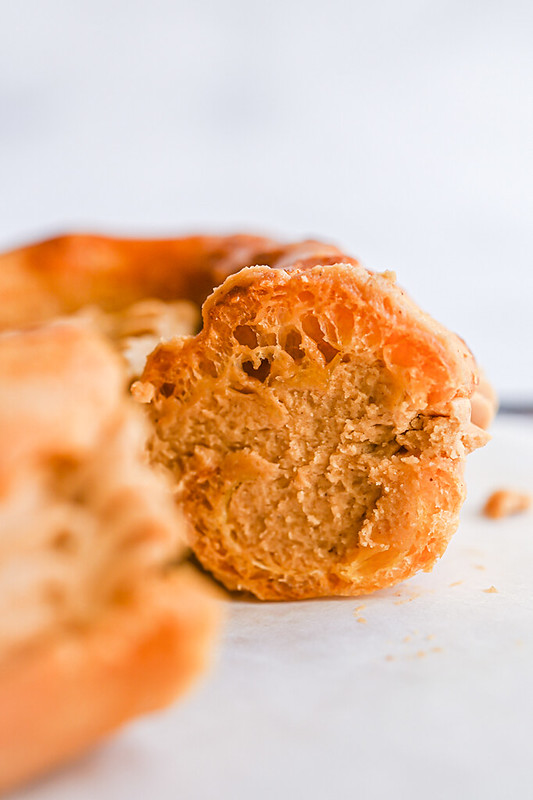 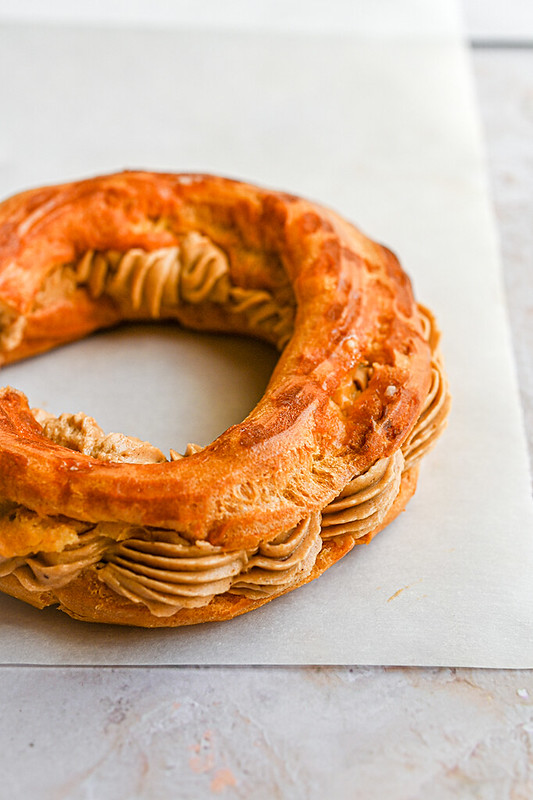 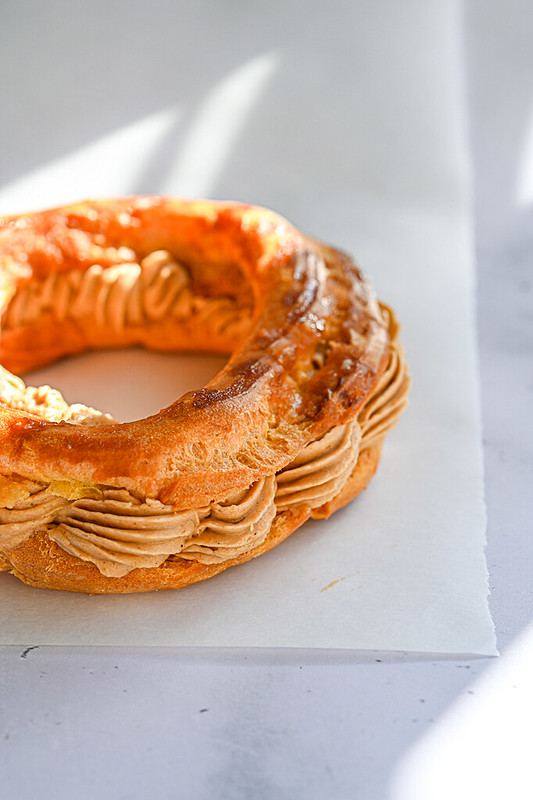